​2018 Artist in School Award from Laois County Council
Designed and developed an art mural project in collaboration with the students of Cullohill National School. We created a series of drawing of flowers that bees like, on clay which eventually made up tiles, of a ceramic wall mural, of a 12 foot honey bee which decorated the outside wall of their school. Through engagement with art we sought to emphasise the importance of bees in our eco system and highlight the current problem of colony collapse disorder. 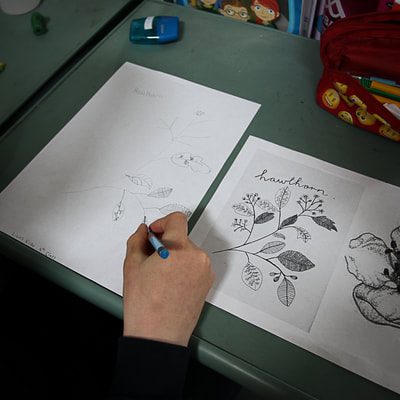 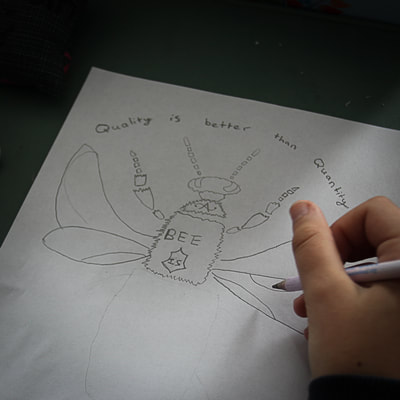 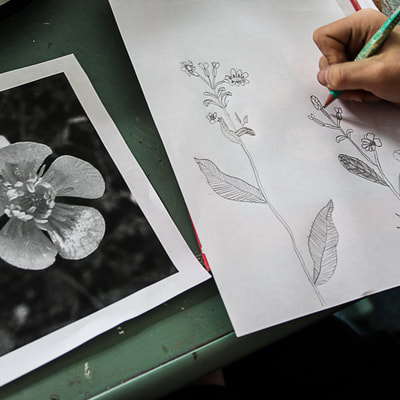 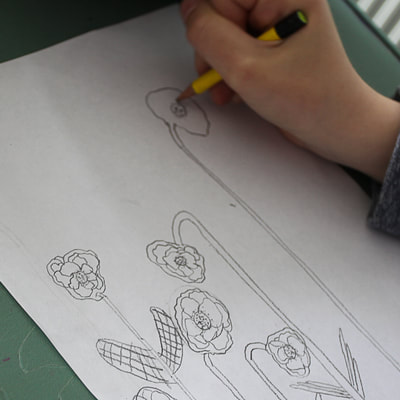 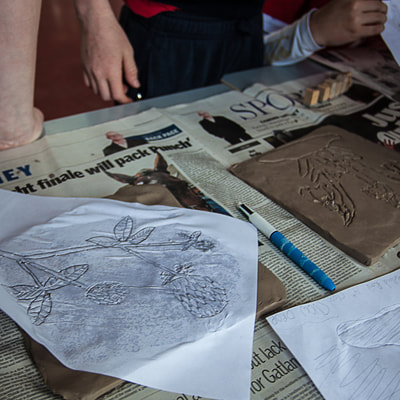 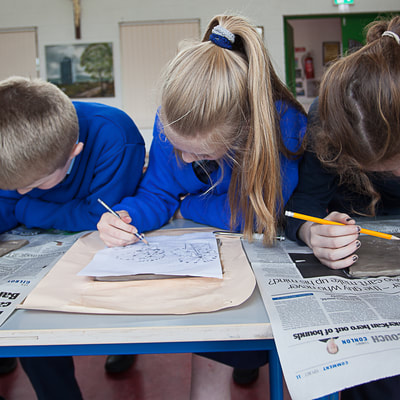 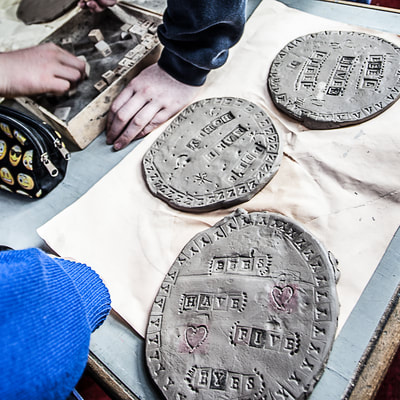 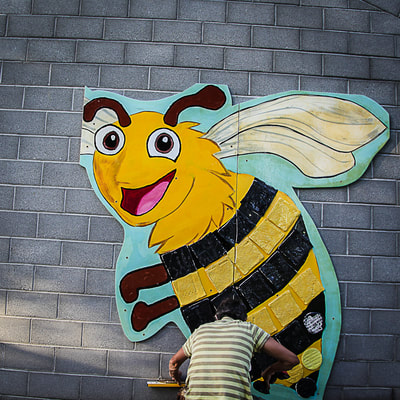 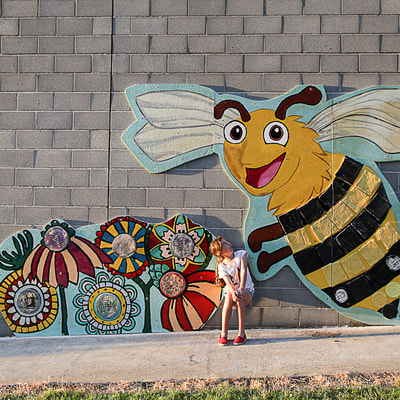 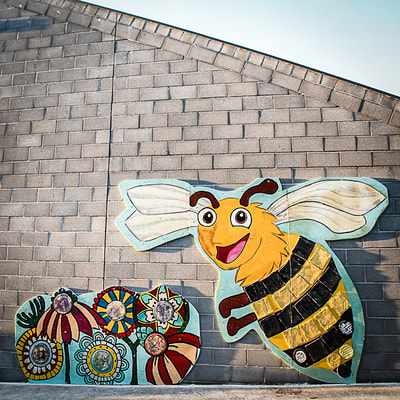 ​March 2016 / 1916 - 2016  Irish Identity/Féiniúlacht
A visual response to the 1916 Rising and an awareness of our history and environment and its role in shaping developing the identities of the citizens of Ireland 100 years on.

Annie Holland is a photographic artist and her arts practise usually takes the form of a combination of photography, digital photomontage, drawing and mono printing. In this current body of work, she has have chosen to work alongside a group of residents of the inner city of Dublin, Ireland.

Together since Sept 2015 they have been exploring the history of the 1916 uprising in Ireland that began the Irish emancipation from British rule. These teenagers were surprised to learn that the Easter Rising was overwhelmingly a young people’s revolution. As well as the hundreds of fighters in their late teens and early 20s, many teenagers took part, either as messenger boys or in the actual fighting They also learnt to appreciate that without the rising the Irish People would almost certainly have lost a huge chunk of their national identity. In artist led group discussions they began to explore and tease out what it means to be a teenager/ adult in Dublin today - 100 years on - who are the modern day hero’s for these Dubliners and what aspects of their national identity are important to them? The young artists are more than capable of fearless honesty and it’s this creative energy that Annie wanted to harness in this project. The older participants have in turn helped to inform the younger participants also.

The concept of this project entitled ‘ 1916- 2016-Identity/Féiniúlacht”, is based on an awareness of how the development of national identity is shaped by a deepened understanding of their community and its history and the connection between all. 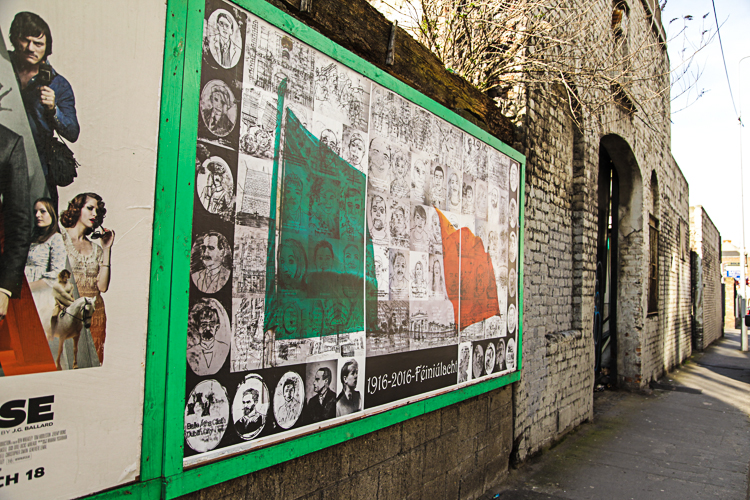 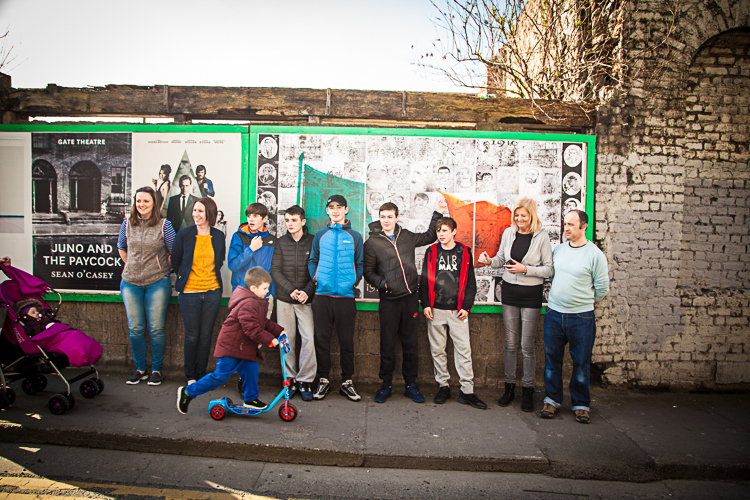 In my arts practice, I like to create an artistic dialogue in my own community and others by collaborating with a huge variety of people of all ages. Sometimes this collaboration is for educational purposes and other times it is simply to engage with those, who may not otherwise normally actively engage in the arts.

This use of an artistic process for problem-solving, therapeutic, group-empowerment or strategic planning purposes, sometimes results in artistic works for public presentation. In my attempt to integrate art and everyday life I am aspiring to be part of an art-making process that produces social awareness and change.
March 2016 - 1916  - Irish Identity/Féiniúlacht - Streets of Dublin poster campaign & United Irish Cultural Centre, San Francisco, USA
A visual response to the 1916 Rising and an awareness of our history and environment and its role in shaping developing the identities of the citizens of Ireland 100 years on.
​
April 2014 - Aras an Chronan, Clondalkin Dublin
Medals project with group of early school leavers. Young people have awarded themselves a medal for something positive in their lives. Mediums explore ceramic, metal and digital photo-transfers onto ceramic